Jim Betts is the latest well-known industry specialist to sign up in support of the ground-breaking project, a year before Lia is set to depart from Choshi, Japan, on a mission to row 5,500 nautical miles, alone and unsupported, across the Pacific Ocean to the Golden Gate Bridge of San Francisco.

After working together on other projects, Betts is reunited with naval architect Jim Antrim in creating Lia’s new boat that will be light, fast and safe, easy to propel through the water, and capable of withstanding capsize and the extremely tough conditions expected during the crossing. With safety a primary concern, Ditton is also supported by leading safety at sea specialist Ocean Signal as the Project Safety Sponsor. The Ocean Signal equipment, which will be secured to the exterior of the boat and carried by Ditton to help mitigate risk as much as possible, includes two rescueME PLB1 Personal Locator Beacons, a SafeSea E100G EPIRB Emergency Position Indicating Radio Beacon, a SafeSeaV100 VHF handheld radio and a rescueME EDF1 Electronic Distress Flare.

Currently in training in the Los Angeles area, Lia said: “I am delighted to announce James Betts Enterprises, known as ‘Betts Boats’, as the builder of my new custom-built ocean rowboat. With a history of building avant-garde designs and regatta-winning boats, Betts was an obvious choice to build my new Antrim-design for which attention to detail and build weight will be critical: every ounce over is an ounce I must row across the Pacific! To my delight, Jim Betts was interested in the project.

“To date, 18 attempts have been made to solo row from Choshi to the Golden Gate Bridge. Two were successful in reaching the west coast of the US. Both were men and both were towed the last 20 and 50 miles respectively, leaving the land-to-land record arguably up for grabs. My new boat has been designed to be competitive with the men’s records and to withstand a category 5 typhoon, the likes of which were rarer when the men’s records were set in 1991 and 2005.”

Designed for maximum efficiency while rowing, and also while sleeping, resting and during ‘storm survival’, the new Antrim design has an ergonomic rowing deck custom to Lia’s dimensions.

Jim Betts said: “We are honored to be Lia's first choice builder for her heroic quest. The sense of adventure and commitment it takes to even attempt this kind of endeavor should be an inspiration to us all and will have a profound impact on young girls and boys for generations to come.

“In 1970, I had the dream of building custom boats. Betts has since expanded into a dedicated team of craftsmen, but continues to be a successful family business thanks to the values we share with Lia: hard work and determination. We are thrilled to share our skills to make Lia's dream a reality.”

The talented team at Betts Boats has built first class boats of every type, from local club racers to America’s Cup Yachts. Aside from Jim Antrim's designs, notable builds include: Lowell North's private yacht 'Sleeper' that went on to race the Admiral’s Cup in Cowes, England; the Reichel/Pugh raceboat 'Zephyrus IV,' the overall winner of Cape Town to Rio in 2000; and Paul Bieker’s Riptide 35 Mk2 raceboat 'Longboard'.

Naval Architect Jim Antrim added: “I’ve worked on numerous projects with 'Jim B' dating back almost thirty years. Betts is a joy to work with: enthusiastic, energetic, smart, and skilled. He’s built three of my designs, including a 22’ aluminum RIB, a 100’ power catamaran (the ‘Proteus’ aka WAM-V), and the Open 50 ‘Convergence’ (later ‘Everest Horizontal’). Jim has a wealth of knowledge in all aspects of boat building. He’s ready to accept new ideas and quick to propose a better way to build. If there was an Oscar for boat building, Betts would have won for the prepreg methods he devised - that’s just one example of his brilliance!

“When Lia and I visited the shop, the rapport was immediate and obvious. I am so pleased to have the Betts team building Lia’s boat.”

Ocean Signal General Manager James Hewitt added: “We are watching Lia’s preparations with interest as she secures the support of some of the industry’s top names. She deserves to be backed by the best for her incredible challenge and we are really pleased that our products will give her the reassurance she needs when she is thousands of miles from land that she can reach the rescue authorities at the press of a button.”

Lia will cast off from Japan just before the Tokyo 2020 games, with her journey expected to take between four and six months.

For more information on Lia Ditton, go to www.rowliarow.com, follow Lia on Twitter @RowLiaRow or Facebook at www.facebook.com/rowliarow. To support the RowLiaRow crowdfunding campaign, go to www.patreon.com/RowLiaRow.

Suitable for use on land or at sea, Ocean Signal’s rescueME PLB1 is the world’s smallest personal locator beacon and is specifically designed to be small and light enough to carry or attach to clothing for instant access to emergency services at the press of a button. The Ocean Signal SafeSea EPIRB will be attached to the boat and also communicates a survivor’s location to the rescue authorities. It has the longest quoted operational battery life in the industry with enough capacity to operate the EPIRB continuously, typically for four whole days (96 hours). The rugged and fully waterproof SafeSeaV100 VHF features ergonomic design, durable laser etched keypad, high contrast backlit LCD and backlit keys and is supplied with all the 21 international simplex channels required.A highly efficient transmitter helps to maximise the battery life. The lightweight rescueME EDF1 is 40% smaller than similar devices and burns for six hours whereas a traditional flare burns for about 30 seconds.

Licensed captain Ditton, 38, has more than 150,000 nautical miles of experience and has competed in some of the world’s most challenging ocean races. She was the only woman to complete the OSTAR 2005 single-handed transatlantic race; finished second in the Route du Rhum, France’s most-prestigious, single-handed transatlantic race; captained the boat from the film Waterworld; is the 53rd woman to row the Atlantic and the 64th woman to row any ocean, and project managed PlanetSolar the largest solar-powered boat in the world.

Communication and safety at sea specialist Ocean Signal™ is dedicated to providing the technology and quality of product that will set industry standards.

Ocean Signal’s product portfolio consists of the rescueME range of products, including the rescueME PLB1, the rescueME MOB1, the rescueME EPIRB1 and the rescueME EDF1 electronic distress flare, plus the AIS Alarm Box, and the SafeSea range of GMDSS products, including the E100 and E100G EPIRB, S100 SART and V100 handheld VHF radio, as well as the M100 and M100X professional MSLD and E101V float-free EPIRB with integrated voyage data record memory capsule. They provide both recreational and commercial mariners with simple to use, compact and affordable life-saving solutions. All products are engineered by a highly experienced team of marine electronics professionals.

Safety and communication products from Ocean Signal offer exceptional value, meeting or exceeding international technical and safety standards. Careful design and innovation provide commercial shipping, fishing and recreational users the confidence that their Ocean Signal equipment will work to, and beyond, their expectations when it is needed most.

Founded in 1970, James Betts Enterprises is a second-generation, family-owned boat building company specializing in the construction of racing and cruising yachts. Notable boats built by James Betts Enterprises have sailed around the world and gone on to compete in prestigious races such as the America's Cup, Admiral's Cup, Trans Pac, Around Alone, and Cape 2 Rio.

The company’s facilities and skilled staff allow it to complete all jobs at the highest level of quality and performance. Additionally, located north of Seattle Washington where BMW Oracle Racing built USA 17 and a short distance from Boeing's final assembly plant, it is in the leading hub for technology and manufacturing firms, including Janicki Industries and Hexcel Corporation.

For racing as well as cruising boats, James Betts Enterprises use the latest in 3D CAD software, high-precision CNC milling, state-of-the-art composite technology, and proprietary construction techniques resulting in the most advanced boats on the water. The company also works closely with both the customer and designer throughout the build process to ensure all needs are met and satisfaction is realized.

With over forty years of experience in the business and a proven track record of quality and performance, James Betts Enterprises is a premier boat building company and viable option for anyone considering the custom build process. 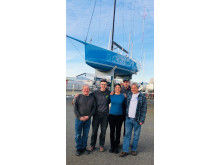 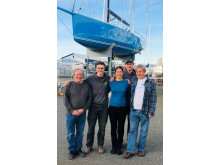 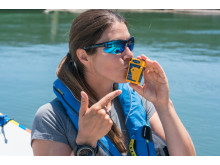 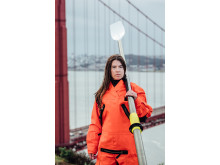 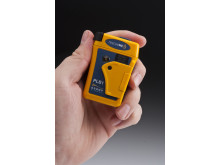 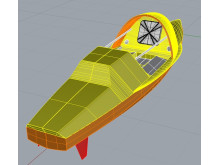 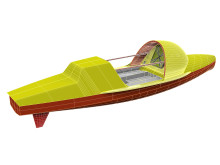 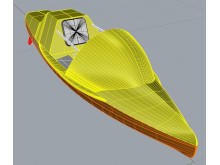 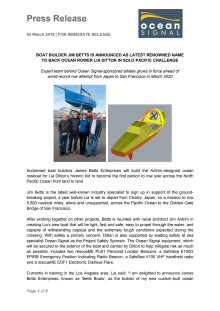