Following 11 years of sophisticated development and £80m investment, the world’s most cutting-edge diesel outboard is ready for production.

Amsterdam, Netherlands – 19 November 2019 – Cox Powertrain has announced that production of its high-powered diesel outboard, the CXO300, is imminent. After an intensive 11-years of development and significant investment and development in its test and assembly facilities in Shoreham, West Sussex, excitement among the highly experienced team at Cox is palpable as the company enters its most pivotal phase.

Cox Powertrain’s 300hp diesel outboard is a world first and there are many reasons why it is one of the marine industry’s most eagerly awaited new technologies:

Cox Powertrain’s headquarters and state-of-the-art assembly and test facilities are situated in Shoreham, West Sussex. Alongside the sophisticated test facilities, the assembly plant boasts a turnkey Production System developed by QM Systems Ltd, a leading manufacturer of state-of-the-art manufacturing systems and test systems across all industries. Significant investment has also been made in cloud-based software to support an effortless aftersales service.

Cox Powertrain’s testing methodologies are closer aligned to those that are used by the automotive industry and until now, have not been seen in the marine industry.

“We are doing something new, so we have to be particularly thorough in our early stage testing and engineering,” says Vince Parry, Cox Powertrain’s Principal Engineer. “We are not just iterating a product. Instead of taking an engine made for use in cars and motorbikes and simply adapting it for marine use, Cox’s team has succeeded in creating this unique engine by starting from the ground up to design a marine diesel outboard. We take the best of marine and combine it with the best of automotive,” he adds.

Data has been collected from independent third-party comparison assessments of a pre-production twin CXO300 installation and a comparable gas installation on Intrepid’s Nomad 345 34” Center Console. At cruise speeds between 40-46mph the CXO300 performed fuel burns of between 20-28gph, compared to the twin gas 300hp on the same boat, which produced a fuel burn of 24-35gph, at the same cruise speeds.

During the demonstrations, the engines were consistently reported to have low vibration, an operational noise so low that regular conversation near the engine at cruise and full throttle was easy, impressive torque, good responsiveness and no smoke.

Delivering 300hp at the propeller, the twin turbo CXO300 is the world’s highest-powered diesel outboard engine. Designed specifically for marine application, the engine is based on the proven technology of a 4-stroke, V8 architecture. The final production engines will weigh just 385kg, which is comparable to a 350hp gas engine. Customers will have the option of three leg lengths; 25”, 30”, 35”.

For more information and to sign up for one of the many on-water demonstrations taking place throughout the world over the coming months, visit Cox Powertrain at METSTRADE 2019, Superyacht Pavilion, Hall 11, stand 11.602. Alternatively, visitwww.coxmarine.com to sign up for a demo.

Join us for our press briefing at this year's METSTRADE for the latest information on the CXO300 development followed by a Q&A session with Joel Reid, Cox Powetrain's Global Sales & Marketing Director.

Cox Powertrain is a world-leading British design and engineering innovator of diesel engines developed for worldwide and multi-market applications.

Based on the South Coast of England, Cox Powertrain is backed by a solid shareholder base of private investors. As a result, the company has been able to implement a long-term development programme of ground-breaking new products.

Led by ex-Cosworth CEO, Tim Routsis, whose background lies in engine development for global automotive, aerospace and marine markets, the company’s mission was to deliver a completely new concept in diesel engines that has the potential to revolutionise the marine market.

With a strong pedigree in Formula 1 racing and premium automotive design, Cox’s highly skilled team of engineers has decades of experience in combustion engines and understand the many difficulties customers are challenged with.

Cox is supported by a worldwide distributor network made up of 35 distributors covering 100 countries. 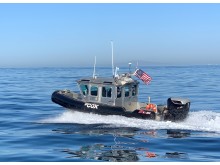 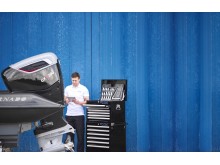 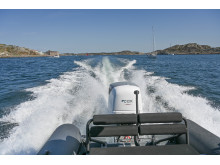 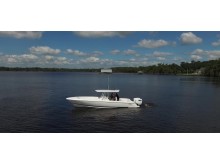 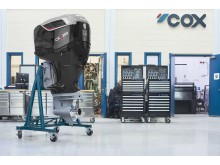 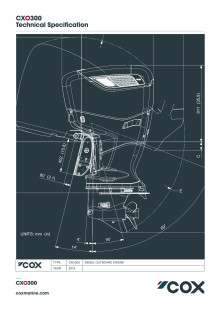