Inmarsat, the world leader in global, mobile satellite communications, begins an intensive four-year programme of satellite launches this week, expanding its Global Xpress (GX) network both in coverage and capacity. The new GX5 satellite, the most advanced satellite in the GX fleet, is scheduled to be launched by Arianespace from Guiana Space Center in Kourou, French Guiana on Friday 22 November. The launch window is between 21:08 and 22:43 UK time / UTC.

Built at the Thales Alenia Space facility in Nice, France, the Very High Throughput Satellite (V-HTS) GX5 is the first of eight new satellites, all of which are expected to be in operation by the end of 2023. It will deliver twice the capacity of the entire existing GX fleet of four spacecraft combined. The expected mission time of the Ariane 5 rocket is 34 minutes, 14 seconds, with separation of the 4,007kg GX5 satellite the final step at approximately 34 minutes, 7 seconds after launch.

The new GX5 will be positioned over the skies and seas of Europe, the Middle East and Asia in response to surging demand for high-capacity broadband from the aviation and maritime sectors. For superyachts, this demand is fuelled largely by growth in streaming services and remote working. Monthly download volumes vary significantly, with the highest demands during June, July and August. From its Fleet Xpress data service, Inmarsat has seen peak usage of 860GB per month on a single superyacht this year, and over 1.3TB per month on a luxury charter yacht. Video, TV and music services combine with internet browsing and Virtual Private Network (VPN) access to account for the majority of download traffic. For upload, bandwidth usage is dominated by storage to the cloud, including iCloud, Amazon and Dropbox, followed by emails.

“All of us at Inmarsat are excited at the prospect of the launch of GX5 this week, an important step in the continued expansion of the Global Xpress network as the first of eight advanced GX payloads to launch over the next four years,” said Peter Hadinger, Chief Technology Officer, Inmarsat.

“GX5 represents a further leap forward technologically and will deliver significantly more capacity to customers in Europe and the Middle East. Together with our partners at Thales Alenia Space and Arianespace, we look forward to the launch from Kourou, marking the completion of an exemplary technology partnership between our companies as well as the beginning of a new era for the world’s only globally-available, true mobile broadband service.”

Of the launches to follow GX5, the GX6A and GX6B satellites will feature both L-band and
Ka-band payloads, adding depth to the GX service while supporting a new generation of capabilities for the 5G era. The GX7, GX8 and GX9 satellites will use dynamic beamforming, a ground-breaking new technology whereby the satellite can create thousands of independent beams of different sizes, bandwidth and power, each of which can be repositioned across the globe in real time to track demand. This remarkable technology allows the available bandwidth to be intelligently allocated to each user as required.

The final two satellites, GX10A and GX10B, signal a dramatic departure from Inmarsat’s core technology. Until now, all Inmarsat’s launches have been into geostationary orbits, meaning that the satellite orbits above the equator and keeps a fixed station above the Earth’s surface. This gives excellent coverage to latitudes of around 68°, but cannot extend to the poles. The new GX10A and GX10B satellites will solve this for the Arctic. Launched into a highly elliptical orbit (HEO), the two new satellites will ensure continuous coverage of the northern polar region above latitude 65°N.

Inmarsat is the only telecommunications company with a wholly-owned and operated global satellite communications portfolio, covering L-band and Ka-band, as well as S-band in Europe, enabling unparalleled breadth and diversity in the solutions it provides to its customers.

More information on GX5, including the launch broadcast on 22 November, can be found at www.inmarsat.com/gx5.

A joint Inmarsat and Intellian press briefing will take place during METSTRADE at 15:00pm on Tuesday, 19 November in Room D301, Elicium Centre. All press are welcome to attend.

Saltwater Stone on behalf of Inmarsat

The company has an unrivalled track record of operating the world’s most reliable global mobile satellite telecommunications networks, sustaining business and mission critical safety & operational applications for 40 years. It is also a major driving force behind technological innovation in mobile satellite communications, sustaining its leadership through a substantial investment and a powerful network of technology and manufacturing partners.

Inmarsat operates across a diversified portfolio of sectors with the financial resources to fund its business strategy and holds leading positions in the Maritime, Government, Aviation and Enterprise satcoms markets, operating consistently as a trusted, responsive and high-quality partner to its customers across the globe. 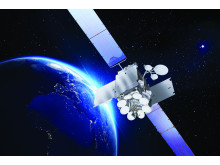 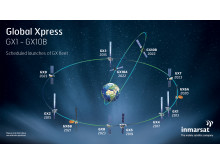 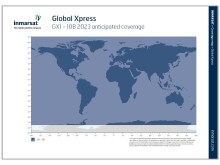 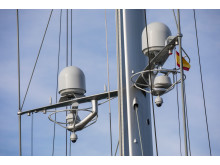 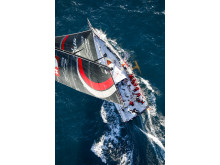 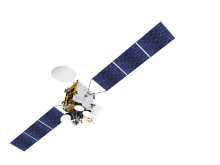 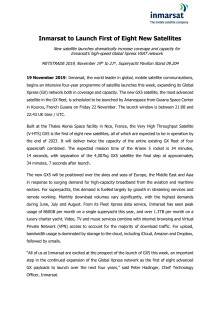 Inmarsat, the world leader in global, mobile satellite communications, begins an intensive four-year programme of satellite launches this week, expanding its Global Xpress (GX) network both in coverage and capacity. 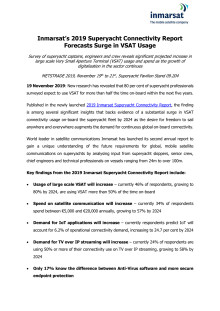 New research has revealed that 80 per cent of superyacht professionals surveyed expect to use VSAT for more than half the time on-board within the next five years. 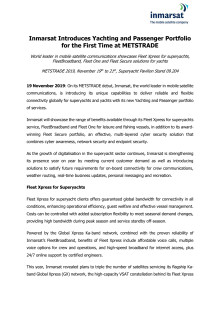 On its METSTRADE debut, Inmarsat, the world leader in mobile satellite communications, is introducing its unique capabilities to deliver reliable and flexible connectivity globally for superyachts and yachts with its new Yachting and Passenger portfolio of services.